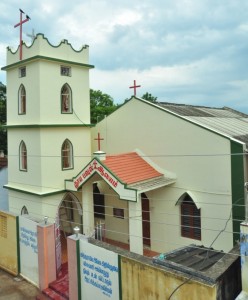 St. Paul’ Church in Vasudevanallur that was extended and brought under Sivagiri Pastorate in Pottalpatti Circle is and an old Church that was in the Sankarankovil circle. During the times of presbyters Rev. Barren Brook and Rev.Ragland the members were worshipping in a tile roofed building.  When Jesudason Nadar in Kannanoor came forward to bear the cost of the church and it was built and dedicated on 3.3.1985 by the Rt.Rev. Jason S. Dharmaraj. The Church grew and so the church was extended and dedicated on 29.07.2012 by the Rt.Rev. JJ Christdoss.  The foundation for the Bell Tower was laid laid on 02.11.2012 by Rev. Kingsly John and work was completed in 2013.Since, in 01.04.2014 Vasudevanallur has become a independent Pastorate, the Rt.Rev. JJ Christdoss led the first Harvest Festival and dedicated the Bell Tower  on 21.03.2014.

Ramanathapuram was the first Christian in 1957 when Paalsamy became Paul Stephen and married Mary Thangathai.  The Presbyter from Pottalpatti used to come and celebrate Holy Communion service in Mr. Paul Stephen’s house.  Then Ramasamy Nadar who became Rajan joined the Church through his marriage. In 1979 the number increased and  four families were visited by the Pastorate Chairman  from Sivagiri once a month when Holy Communion was given.  In 1981 they rented a house and it was then Rev. Devaraj Gnanasingh acquired a piece of land for constructiing a church that was completed in 1993.  By then the church increased through Sunday services, fasting prayer & All night Prayers.

This growing Church started its journey with families who worshipped in houses.  In 2002 foundation was laid for a church building.  Construction started in 2004 and work was completed in 2007.  Now there are seventeen families mainly from Hindu poojari families. 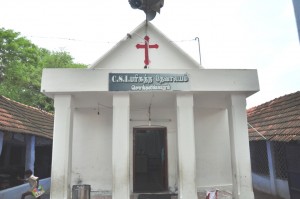 St. Peter’s Church in Sokkalingapuram comprises of a congregation zealous for the Lord in the midst of fanatic communities.  The Church started functioning in a rented house with six families, who were marginalised by the other villagers.  God found them faithful. A Church was built in 1937 and dedicated.  The front porch was completed in 1986. 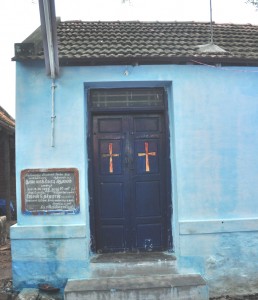 Even before 1940, St. James’s Church in Panaiyoor was functioning in a small hut along with a school for children.  Gradually the thatched hut was tiled.  With the efforts taken by Mr. J. Rathinasamy a church was built and dedicated by the Bishop. Jason S. Dharmarajon 14.06.1989, when Rev. P. Abraham Peter was Presbyter.

The Christians in Duraisamypuram had been trekking to  Kadaiyanallur, Senkottai  and other places for worship.  Duraisamypuram is 7 Kms far from Zion Nagar Partorate in Tenkasi Circle.  In May 2010, a thatched tabernacle was erected in a rented piece of land and worship was started there by Rev. ID Stephen, North Church Council Chairman, Unfortunately in a few months the thatched shed were destroyed due to natural calamities and service was conducted in rented buildings. Later the elders in Zion Nagar donated money and bought a 5 cent land. A church was built and dedicated by the Bishop Rt.Rev. JJ Christdoss.