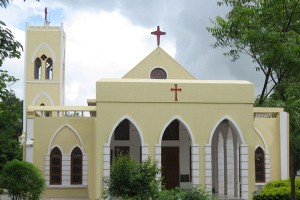 The Church Missionary Society (CMS) and the Society for Propagation of Gospel (SPG) entered the Tirunelveli field and went on planting Churches besides looking after the existing churches for almost a hundred years till they merged into the Diocesan main stream in 1924. CTE Rhenius was head and shoulders above the rest in the CMS. Apart from building the Holy Trinity Cathedral at Palayamkottai, he planted 371 churches including Meignanapuram, Dohnavur, Pannaivilai and Nallur. No wonder, he is considered the greatest missionary after St. Paul and called “The Apostle of Tirunelveli. Pettitt, John Thomas, Tucker, Schaffter, Hobbs, Barenbruck were the other important CMS Missionaries who laboured in the Tirunelveli Vineyard.Tab 2 content goes here.

Nazareth, Sawyerpuram and Idayangudi were the important fields nursed by the SPG missionaries. The Rev Caemmerer and the Rev Canon A Margoschis worked strenuously for the stabilization of the Churches around Nazareth. Schools and a hospital were established at Nazareth, a model Christian settlement. Sawyer, a layman working for the East India Company, formed a village exclusively for Christians and it is called Sawyerpuram after him. Dr. GU Pope and Rev. Huxtable developed it into a model village. Dr Robert Caldwell burnt himself for the establishment and development of many churches including Idaiyangudi, a village far away from Tirunelveli.

Ever since Tirunelveli was upgraded into a Diocese in 1896, it has been casting its net wide and deep. Many pastorates in the East and South have adopted a village in the northern part of the Diocese. This scheme has been paying rich dividends. Besides, Tirunelveli Diocese has introduced outreach ministry. Committed people, clergy and laity, go to other districts for gospel work during the first week of September every year. It established the first indigenous missionary organization called Indian Missionary Society (IMS) in 1903 to take the good news to the unreached areas in other states. The Rt. Rev V. S. Azariah, the first Indian Bishop, is one of the fruits of Tirunelveli Diocese. Now, the Diocese has 185 thousand members spread over 107 Pastorates in 736 villages.Tab 4 content goes here.