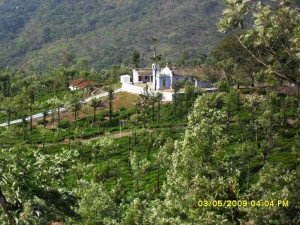 Manjolai is a small Ooty in Tirunelveli District. It is situated 30 kms from Manimuthar. It is 3500 ft above from sea level. Manjolai is in between 4 beautiful hills. Mr. EA Stone came from England to Manjolai as a General Manager and he established a Church to worship the living God. English people only allowed to worship in this Church. Then it was handed over to Church of South India, Tirunelveli Diocese to conduct worship. Then it was dedicated by  Rt. Rev. AG Jebaraj on 26.04.1953. Then the Branch churches came in to being and became a independent Pastorate  in June 1963. The Parsonage is a property of Burma Trading Corporation and it is among  Staff Quarters.  There were a  English Medium Primary School at Manjolai, which was started in 1988.

There are six congregations under Manjolai Pastorate:

All Congregation members were  migrated from villages under Manur Panchayat Union during 1930 – 40 to work in Tea Estates and converted as Christians. Except Kodayar all five churches were established between 1955 – 1965.  At present Rev. J. James Franklin is serving as Presbyter and Rev. K. Arulraj Pitchamuthu is Pastorate Chairman.