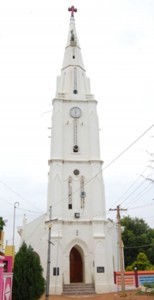 The Village Kodankulam is situated in the south eastern part of Tirunelveli about 35 Kilometers. In the year 1828 Rev. CET Rhenius who was the pioneer missionary in Tirunelveli area came to this village and propagating the Gospel. While he was travelling towards Sattankulam, he gathered the people in Munanjipatti village and preach the gospel of Jesus Christ to them. The earlier church was built by The Rev.Selvin (Later became Bishop in Tirunelveli) and was dedicated by the then Bishop Western in the year 1933 as St Peter’s Church. There are forty five Christian families worshiping in this Church. In the year 1983 the church tower was built and dedicated by the Bishop Daniel Abraham. The new parsonage was constructed with a tireless work of then presbyter Rev T.O.M.Goldwin. In the year 2008, the Rev.T.J.K. Barnabas took charge as a presbyter in charge of this pastorate and his humble work he encourages the people to built a new big church. Hence in the year 2008 Sep 25th they demolish the old church and with the great help of Mr. N. Koilpillai Nadar Family (Owner of Manna sweets, Chennai native of Kodankulam Village) the new church construction was completed within seven months. In the year 2009, May 16th the new church was dedicated by then Bishop Rt.Rev.Dr.Jeyapaul David. Though the congregation was not much wealthy, their unity and hard work helps to build this new church. Mr.G.Charles Ponnudurai is serving as a catechist in Kodankulam. There is an Elementary School, which was started in the year 1939.

The congregation in the Pastorate are:

Pastors who served in this pastorates:

This church was by Rev. CTE Rhenius in 1941. At present 40 families are worshipping the Lord. The Mud church was demolished and the church is being built. 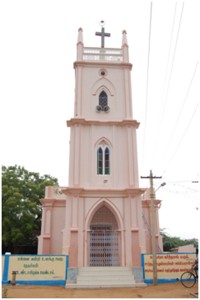 The foundation stone was laid on 26.05.1915 at 3.30 pm by Rev. EAL Moore. It was built 22 years and dedicated by Bishop Fredrick James Western on 01.10.1937. In 1995 Mr. D. Victor Selvaraj sponsored the flooring and converted into Mosaic. Further the church was renovated and rededicated by Rt.Rev. Dr. JJ Christdoss on 02.10.2011. On the same day the Golden Jubilee & Anantha Pandigai was celebrated. 75 families are at present worshipping.

This church was established during the time Bishop Neil and people were worshipping in a small tiny mud church. In 1964 the was constructed and in 1996 the tower was dedicated. 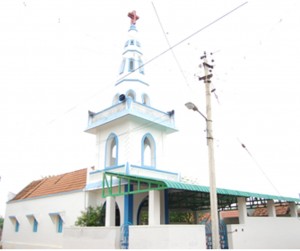 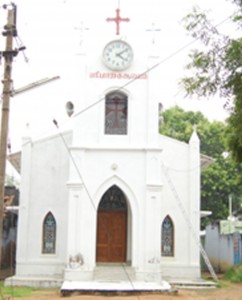 In the beginning of  19th Century Mr. S. Samuel & Mr. Swamidason accepted Jesus Christ as their Personal saviour.Mr. Nesamani, Mr. RV Arumainayagam, Mr. S. Siluvaimuthu, Mr. PS Joel Navamani were served as prominant  Catechists. From 1970 Mr. Karunalaya, 1978 Mr. Rajamuthaiah were served as Catechist for the growth of the Church. In 1995 the church was renovated and tower was built. On the 21.02.2011 foundation stone was laid by Rev. TJK Barnabas for the extention of of the church and dedicated by Rt.Rev.Dr. Christdoss on 14.08.2012