In olden days Araikulam was in Idaiyankulam and Seval circles. In 1970 Araikulam was recognized as a separate Pastorate. It has 2 Middle Schools, 2 Primary Schools, a Nursery School, and a Sewing School.  C.S.I. Rhenius Hospital in Omanallur is functioning very well. There is a plan to build a  Parish Hall at Araikulam.

The congregations under this Pastorate are:

Church Dedication Festivals in the Pastorate

Other Important Festivals in the Pastorate 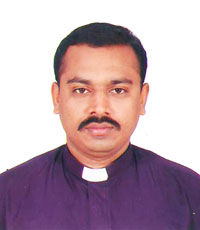 In 1829 the Christian community was established here by Rev. Rhenius. There are three churches in this Town. From 1994 Alangulam is a separate pastorate. There is a plan to establish a new church at Parambu. There are 7 village congregations under this pastorate: